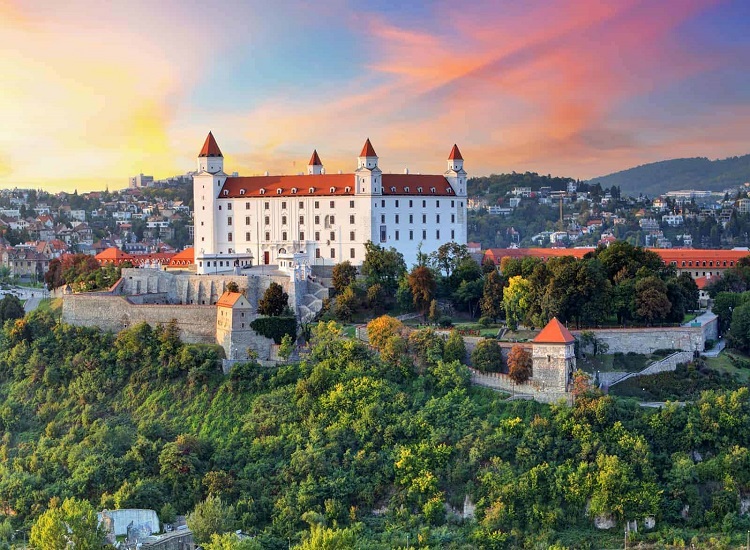 The Best Things to Do in Bratislava for Adventure Travel

Bratislava is a beautiful city and one that we think doesn’t get enough holiday attention. Situated in Europe between Austria and Hungary, it’s the only national capital that is bordered by two countries. Plus with its rich and diverse culture, there’s much to enjoy in this European city and as a bonus, Bratislava is one of the cheapest places in Europe to visit! So there’s no excuse!

However, because of this, many people visit purely to enjoy the cheap drink, which (as you can imagine) makes it a key destination for stag parties. The problem is because the alcohol (and pretty much everything else) is so cheap many stag parties fail to notice that there’s much more to this city than just drinking! So for those of you who are planning to go on a Bratislava stag, read on for some exciting ideas about what to do…

Definitely a great activity for all the petrol heads out there! This is a great alternative way to explore and sight-see in Slovakia. It’ll also give you a chance to go off the beaten track and get to grips with the local and natural terrain. So if you like adrenaline then this one is definitely for you!

This is a great and popular European activity. If you’re not sure what it is then let us give you a quick explanation. It involves a shotgun and you aiming at clay targets that are propelled into the air (where you’re supposed to shoot them mid-air.) Sounds exciting, doesn’t it? Well, it is, and once you’ve shot a few targets we promise you’ll be hook and feeling like a real sharpshooter.

Not exactly what you’d expect from Bratislava is it? However, it’s true, because in the city there’s built a manmade white water rafting course that has more rapids and drops than you can handle! So make sure you take some swimming trunks and clothes you don’t mind getting wet because you are going to get wet!

Oh, of course, we’re going to save the best activity for last because in our opinion this is the best and the most exciting stag party activity ever. So if you want something that’s going to gets the blood pumping then how about grabbing a sled and whizzing down a 360-meter slope at 50km/h? Just remember though the season lasts till April to September so make sure you go during those times.

Anyway, that’s it for our best of Bratislava

See? There’s much more to do during your stay than just drink and go clubbing. We also recommend taking in some of the local historic sights and hot spots as well while you’re there. After all, you’ve paid to go to another country so why not learn a bit more about it and see some of its national sights?

Couchsurfing to the Rescue for Adventure Travel